Outta my way, protesters. "Cézanne"n't you see I'm trying to get to a museum?!

Today, I decided to play "tourist"and spend the day museum-hopping. My itinerary was ambitious- finish Musée Rodin, go to Musée de l'Orangerie, do the 3rd wing of the Louvre that I had missed and then if time allowed, go to Musée de l'Armée. Well, as my mother always says, we plan and God plans, but God is the best planner. I got up at around 10:30 but didn't end up making it out of the apartment until about 1:30. I try to go to Musée Rodin first but-surprise, surprise-I exit the métro to find that there is a major demonstration going on on the street perpendicular to the museum. 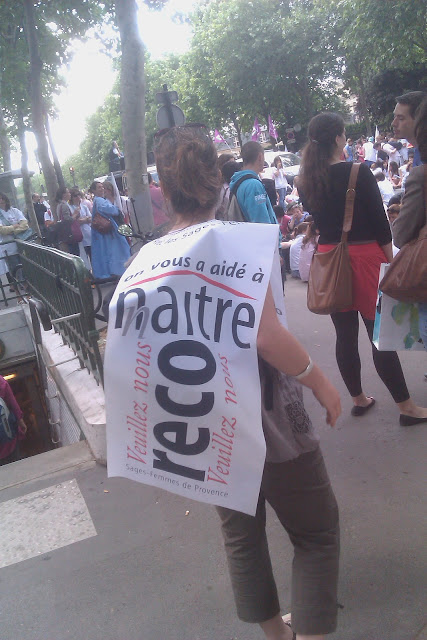 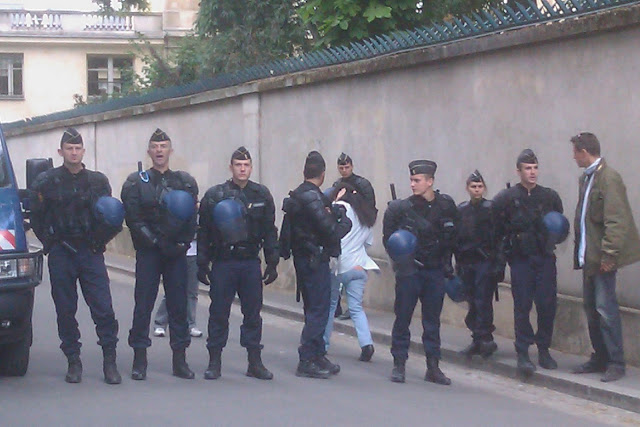 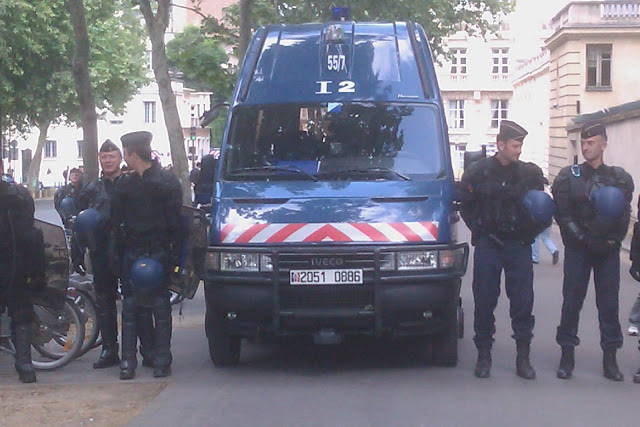 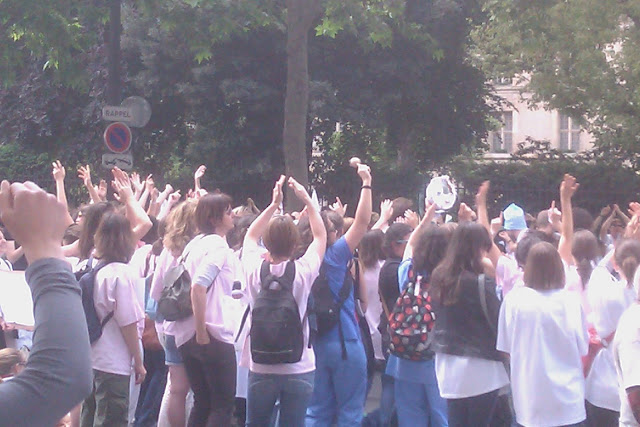 On the bright side, at least the riot police guy that told me the museum was closed was nice, and pretty cute to boot. We had a nice little conversation about whether or not women should be able to have a midwife or a "sage-femme"when they give birth, the subject of the protest-du-jour. To be honest, I was slightly surprised how long it took for me to see a protest in France in the first place.  From there, I decided to head over to Musée de l'Armée, since I could see the shiny gold dome of Invalides across the street from where I was standing. It was interesting to see the types of weapons that were used in various wars and how the "tools of the trade," if you will, have evolved over time. For me, the whole ordeal was a bit morbid. When looking at the swords, muskets and tanks, all I could do was wonder how many people had been stabbed, shot, and crushed by said items during various wars. At the same time, bands of boys-and grown men- hurried by me, pointing and "ooh"-ing and "aah"-ing at the various weapons. The costumes the soldiers wore, however, were super neat. The Europeans sure did love them some ornate battle clothing back in the day. 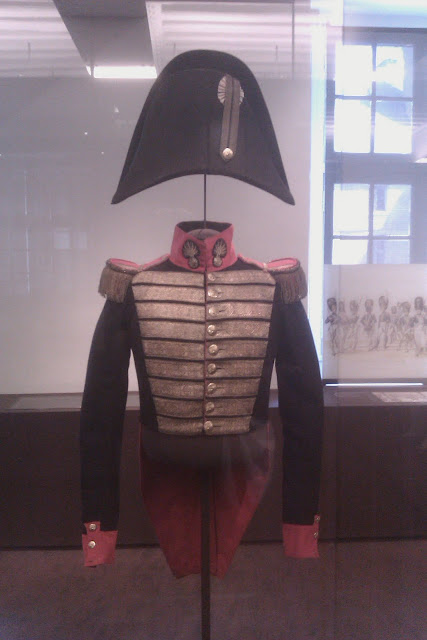 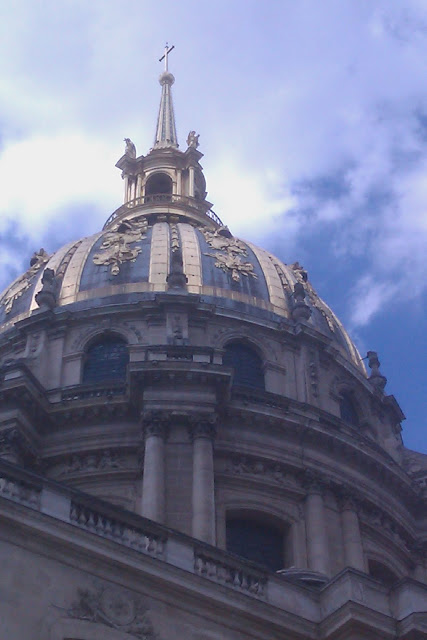 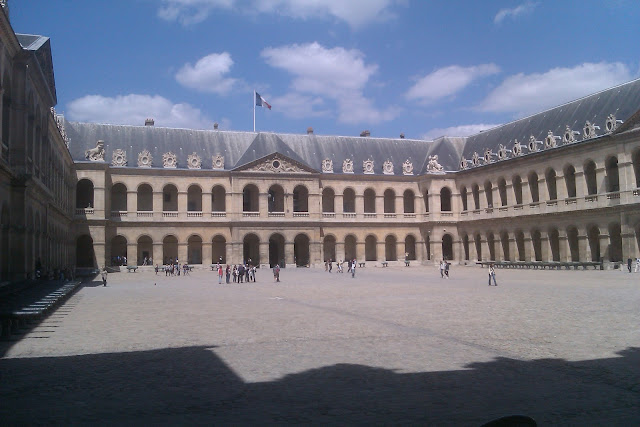 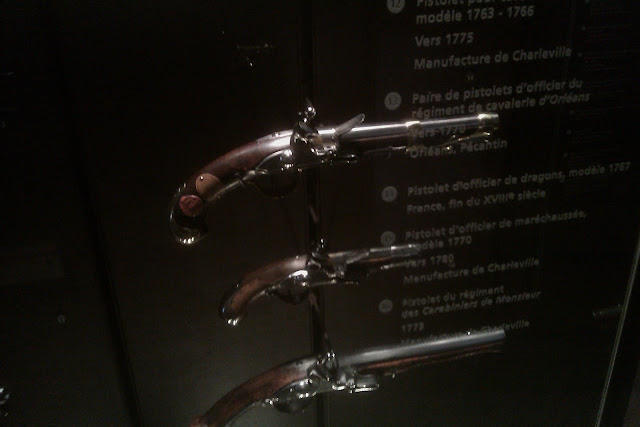 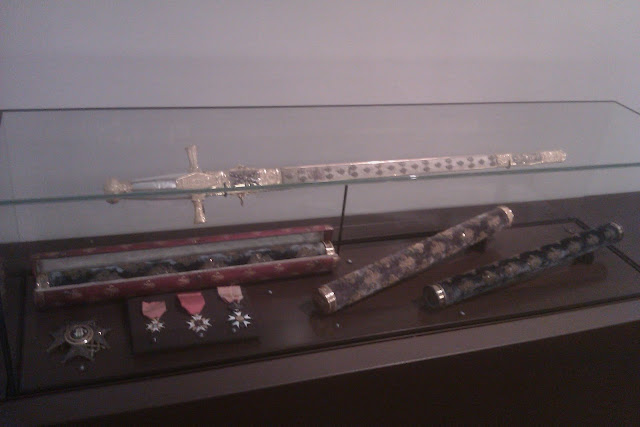 Connected to the Musée de l'Armée is the tomb of the infamous Napoleon the I, former Emperor of France. It wasn't quite as over-the-top as what I was expecting, but it was nonetheless grandiose. 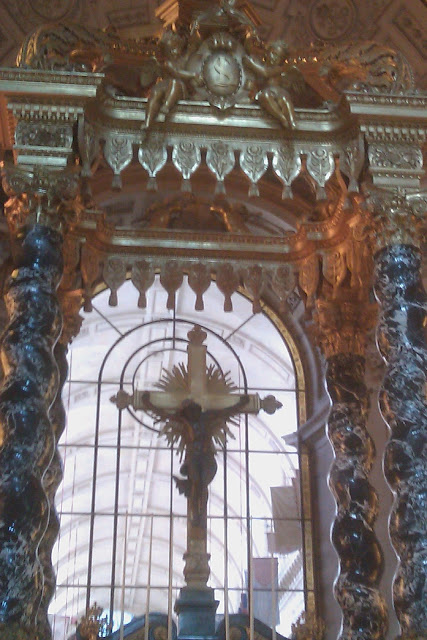 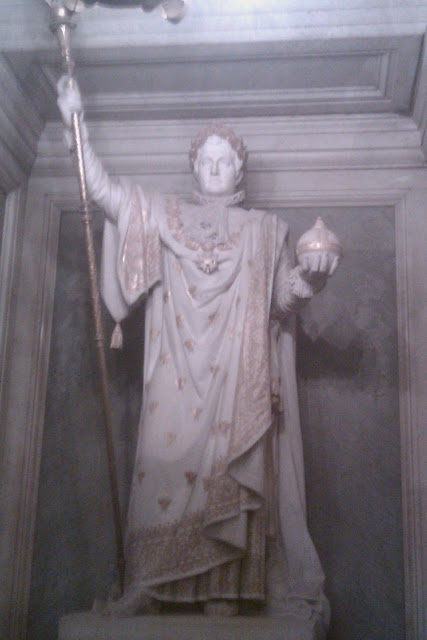 After finishing up at Musée de l'Armée, I finally made my way to Musée de l'Orangerie, a modern art museum tucked away in Jardin de Tuileries. The museum may be small, but it is jam-packed with artistic treasures, ranging from pieces by Cézanne to those of Picasso, Monet , Renoir and Matisse.The main attraction were Monet's Nympheas, huge paintings of water lilies inspired by a pond by his home in Giverny. The exhibit features two large oval-shaped rooms with white walls , each room containing 4 paintings featuring the water lily pond at different times of the day. The paintings wrap around the contours of the walls, giving the viewer a panoramic effect. 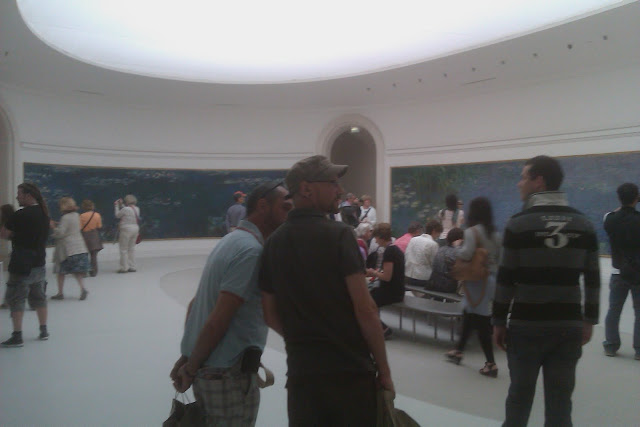 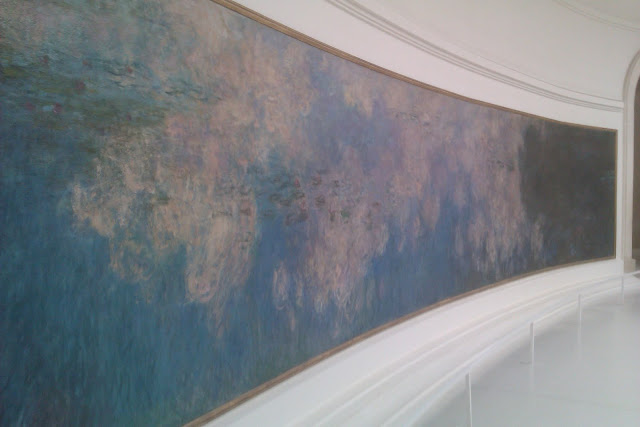 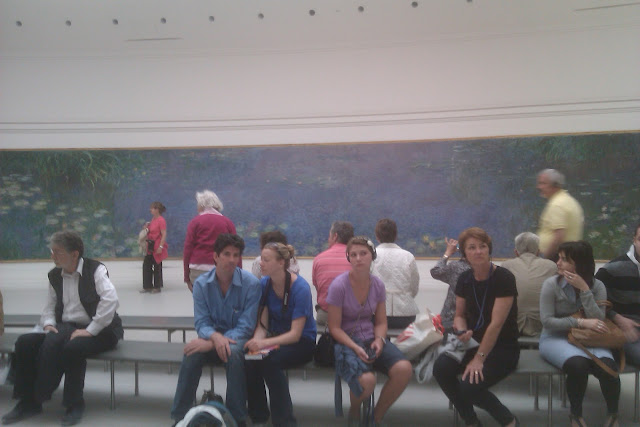 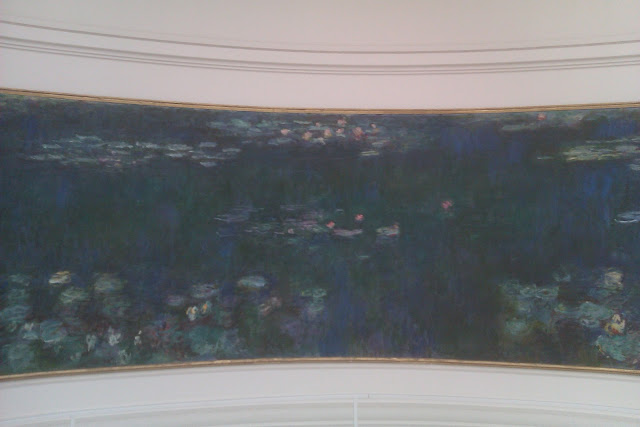 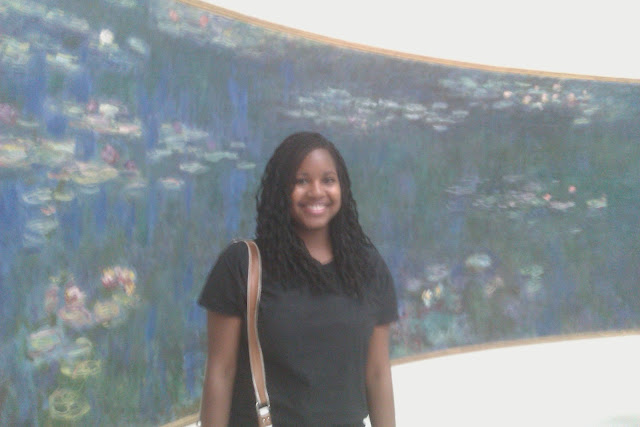 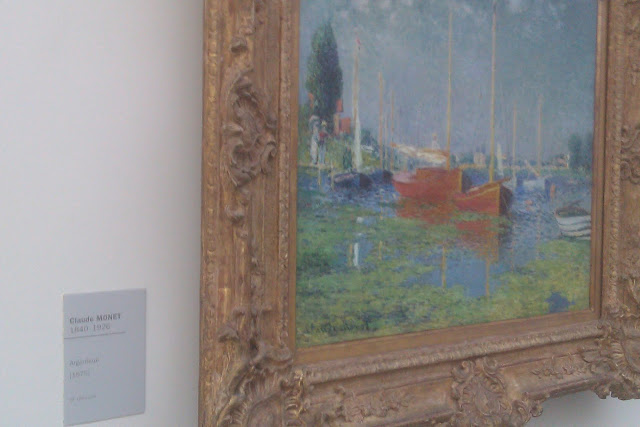 After Musée de l'Orangerie it was too late (and frankly I was too tired) to go to the Louvre. Alas, another day. On the way home I decided to try out a Grand Marnier crepe...unless you like the taste of pancakes soaked in alcohol with a coating of granulated sugar, I'd skip it :) All in all, another great day in Paris!
Posted by Zee at 6:23 AM