This past weekend, I celebrated my 21st birthday! Though it's not quite as relevant here in France, I'm still American and to me it's still a big deal! To celebrate, I decided to go to London, England during the Easter Break. I skipped class on Thursday the 21st and stayed until the 26th, leaving that Tuesday morning. I went with my friend Isabel E. and her b.f. Pedro G., who joined us on Saturday. I stayed at the dorm of my friend Alexa C., also a student at good ole' USC. The trip was really great and I had the opportunity to do pretty much every "London-y" thing i've ever dreamed of doing. A quick rundown: 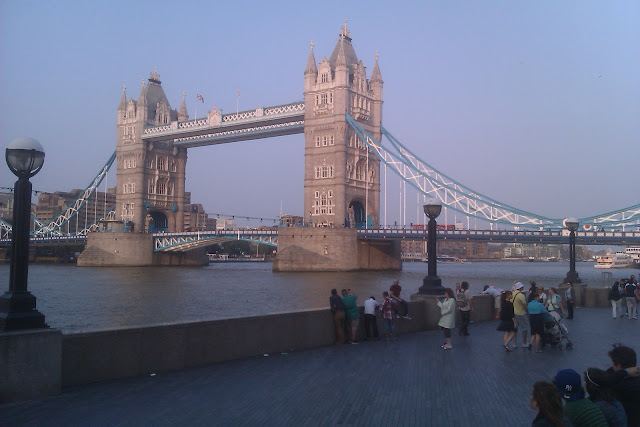 As it typically goes with life, however, many of the cooler things  that I did/experienced had nothing to do with things that I had seen on BBC/read about in Harry Potter/remembered from the movie 101 Dalmatians. My favorite park was actually James Park, a lovely little park with a big waterfowl pond, that's close to Hyde Park and Buckingham palace. Other than some freaky looking black birds with disproportionately long black and white "feet", everything there was super beautiful and calming...you could totally forget that you were standing in one of the world's largest cities.


I also really enjoyed a trip that we took to Surrey, England to Hampton Court Palace, the Palace that housed the Tudor dynasty, including the famous king Henry the VIII. We hadn't planned on going there beforehand, but the idea of setting foot in a palace (you can't go into Buckingham palace until August and September when the Queen goes to Scotland) was very appealing. The surrounding town was charmingly "English" and the palace itself was magnificent. The gardens were lovely...I much prefer English gardens to French ones. Isa and I put on tudor-style robes while we roamed the castle.

The best part about the trip had to be the amazing weather. I wore dresses and tank tops for the majority of the trip. It only rained once, and we were inside during the majority of that. Besides, it was during my birthday "High Tea"at Harrod's and the rain added to the ambiance, giving the afternoon a more London-y feel. Tea was amazing...definitely the highlight of the trip for me.

As fun as London is, it's still weird to be so far from your home and loved ones on a birthday. My mom usually sends a cake to USC, but since I was in London I wasn't expecting one. My resourceful mother, however, managed to get a friend of a friend in London to drive to Alexa's dorm at King's College and give me flowers, a card, cookies, and a stuffed teddy for my birthday. Alexa, that clever devil, managed to surprise me with a Victoria Cake, an amazing sandwich cake with fruit filling and frosting in the middle, even though she was swamped with work the entire time we were there. 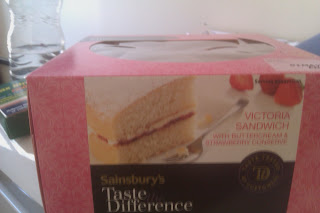 I really enjoyed little random things about that trip as well; meeting Alexa's floormates and going to a "fancy" PizzaHut lunch buffet on the first day, going to some random club that turned out to be really nice in Picadilly Circus b/c some club promoter woman told us we could get free wine if we went. Seeing hot guys in leather aprons working at an S-and-M themed cupcake shop in SoHo, eating Venezuelan cachapas in Covent Garden, getting a pint with Nick F. in Notting Hill and avoiding crazy drunk english dudes threatening to throw rocks into pub windows....good times. All in all, definitely a memorable way to celebrate one's 21st :)

Email ThisBlogThis!Share to TwitterShare to FacebookShare to Pinterest
Labels: Travel

Paris in the Spring

Paris is in bloom!

Who knew that the city was so verdant, so beautiful! Not just for the buildings, but for the wonderful gardens, the willow trees gracefully dipping into the Seine, the flower pots on the windowsills of the buildings in the city.

My mom has always said that I'm a nature girl and I didn't really see myself as such because I love city life so much. But in retrospect, I think that one of the reasons I liked LA so much ( and in turn didn't like Paris very much at first) was because as dirty and smoggy as LA can be at times, you can drive for 30 minutes and be at the beach, or in the desert, or in the mountains. And after you're done with your daytime outing, you can drive back to the city and put on your heels to go out at night. Plus because it's sunny year round, there are always plants growing. USC's campus is a beautiful green oasis all the time which up until now I took completely for granted. So now that spring is here, I finally have the opportunity to have the quintessential "Paris"experience that I always wanted. This includes picnics in Invalides, sitting and people watching at cafés in the evening with handsome french boys, and having nice outdoor dinners with friends. All with a backdrop of the golden rays of the sun and the green of the trees bordering the boulevards. Here are some photos that I took of Paris in bloom... 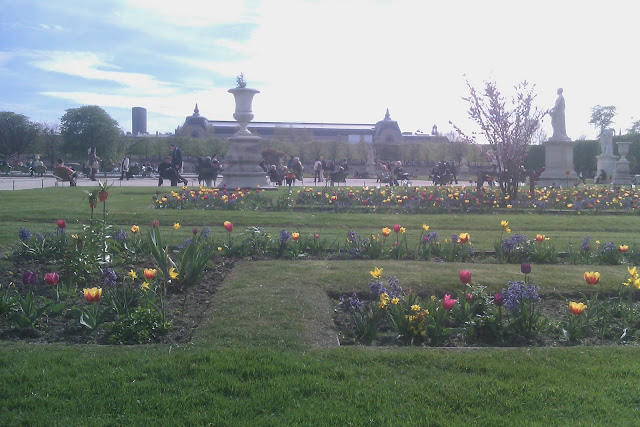 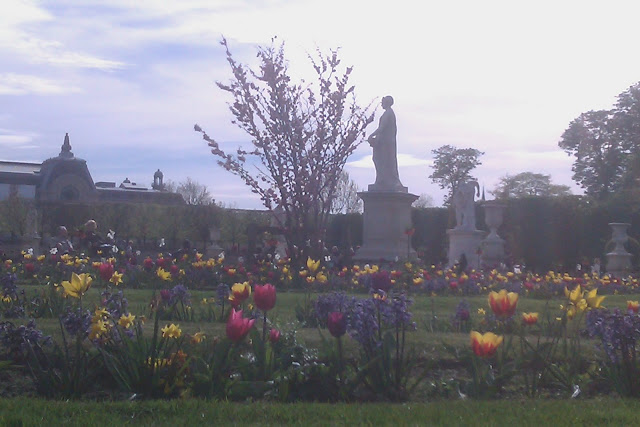 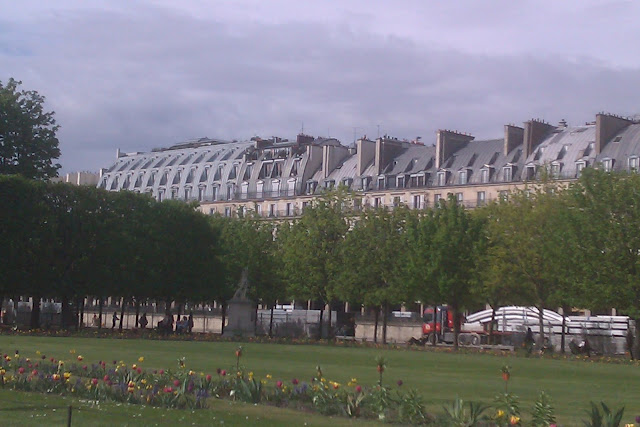 These last 2 weeks or so have definitely been worth the wait. I finally can say, with all my heart, "Paris, je t'aime."
Posted by Zee at 6:21 AM No comments: